I heard about Aaron Swartz in 2000, when he won the ArsDigita prize. I met him for the first time in early summer 2002, when my little open-source webdev company, OpenForce, joined the Creative Commons team to build the CC web site. That’s also when I met Matt Haughey, whose words helped trigger a bunch of memories in me about Aaron.

Most hackers inevitably meet a younger, better, smarter version of themselves. For me, it happened probably earlier than for most, and it was the day I met Aaron. I was 25, an MIT graduate with a near-perfect GPA, leading my second startup. He was 15 and in high school, self-taught. And he wasn’t just better. He was unbelievable. He mastered complex software topics with an ease that made me look awkward. He got visibly impatient with me. It made me a little bit jealous.

Aaron came to New York City once during the Creative Commons site buildout. He came by our offices, introduced us to the future: newsreaders and RSS. I took him and his father out to lunch for a fancy burger in Soho. He was unimpressed and hated the food. And he said it.

Aaron was brutally honest like that. A few weeks into our work on Creative Commons, Aaron published an update on his web page: “OpenForce… bad, slow, expensive.” I barely slept that night. Here I was, trying to impress one of my idols (Larry Lessig), and this guy was just killing me. I was afraid he was right. I was also mesmerized by his ability to be so direct, so honest, because the truth was all that mattered, consequences be damned.

Over time, I got to understand that none of this technical criticism was personal. Aaron’s standards of openness, expertise, and focus were just incredibly high. By the time we launched Creative Commons, we were on reasonably good terms. We became friendly. We were never very close, and the friendship didn’t get deeply personal. We talked about web frameworks, our mutual passion for a few years (before he moved on to bigger things.) We discussed Creative Commons, semantic web, etc. We chatted over email a bit every few months. We saw each other at a couple of Creative Commons events. I think the last time I saw him in person was in 2006.

One day, he mentioned me in a blog post and called me his friend. I was honored. A year or so ago, we chatted again when he became interested in the work I’m doing at Mozilla. He was excited about what we were doing and started telling people. I was honored, again.

When I heard about Aaron’s JSTOR shenanigans, I reacted much like many others: okay, that was stupid, he’ll get slapped on the wrist and we’ll all move on, because where’s the harm, really? I was pretty busy with my own life and growing family. I didn’t think about his situation very much. I didn’t realize how serious it was getting. I missed how MIT played a role in his predicament (something that makes me incredibly angry right now.) I basically gave to his legal defense fund and moved on.

I wish I’d at least reached out. Said something. Maybe given him an opportunity to vent. It’s unlikely it would have made any difference: he was surrounded by people who knew him far better and who loved him. But you know, maybe. I’m sorry, Aaron, that I didn’t reach out. I’m sorry that the world failed you in the most insane way, that you were put in an unfathomable situation for doing something that harmed no one. That I didn’t appreciate you nearly as much as I could have while you were around.

I spent some time today digging up old photos, and finally found ones I took on the day Creative Commons launched, in December 2002. Here’s a few of Aaron: one with Matt Haughey, one with Glenn Brown and Larry Lessig, one interview with Dan Gillmor, and one on stage describing Creative Commons technology. 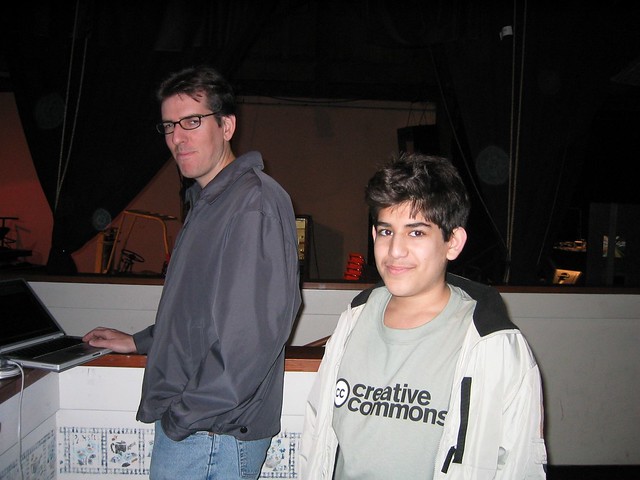 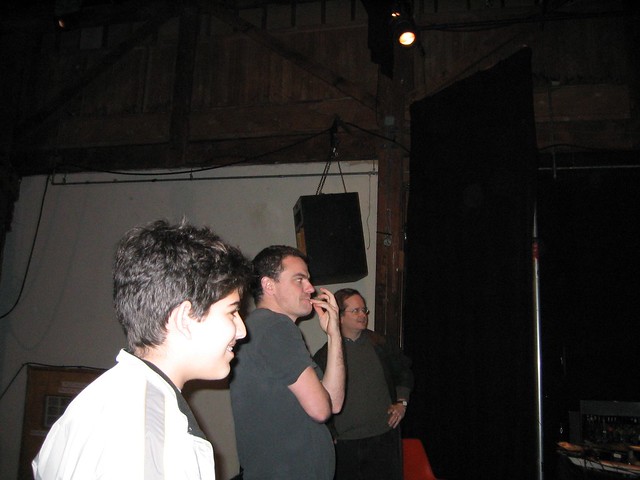 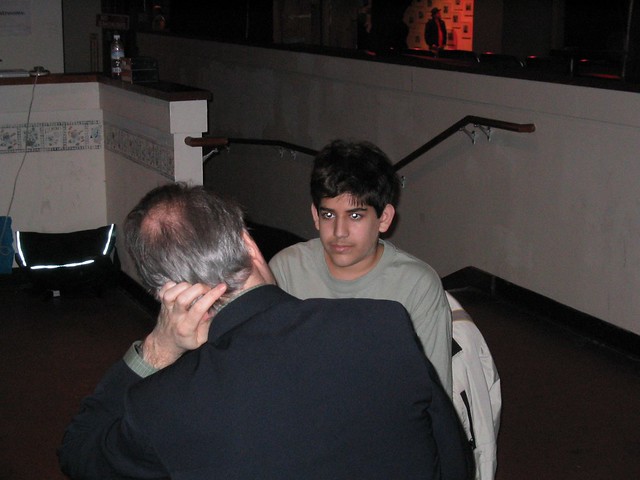 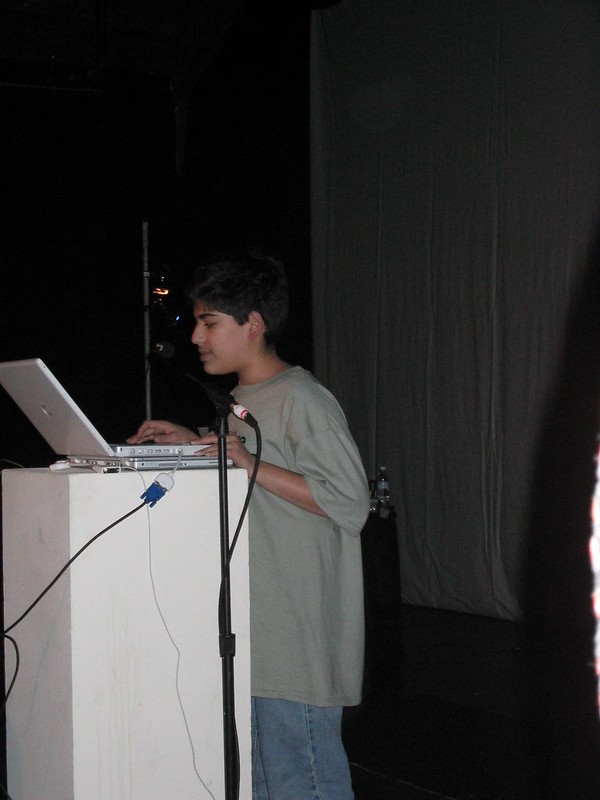 I know there was one photo of Aaron, Glenn Brown, and me in front of the Supreme Court on the day of the Eldred argument, November 2002, but I can’t find it. I’ll keep looking.

Hugs to Aaron’s family and friends, we lost someone big.

One thought on “Aaron”